Left: Jim at the Duplicating Centre in 1980. Right: Jim in 2014, right before retiring from his long-held position as Executive Assistant to the Chair of the Department of Medicine.

The year was 1980, Canadian ambassador to Iran Ken Taylor organizes the escape of American citizens from Iran, “O Canada” becomes the official national anthem and Jim Hartley joins the University of Toronto.

Hartley, an executive assistant to the Chair in the Department of Medicine retired in July after 34 years at U of T. The Bulletin caught up with him to ask him about his career at the University, work before the Internet and his favourite memories at U of T.

Tell us about your first job at U of T. 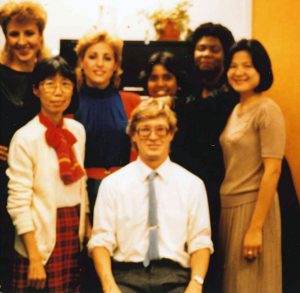 Jim Hartley Duplication CentreI was hired by Garrett Lumchick to work as an assistant to Sheik Alli, manager of the Duplicating Centre. The Duplicating Centre, located in the basement of the McMurrich Building at the time, was a cost recovery paper duplicating resource of the Central Services area of the Faculty of Medicine.

Initially, I was running the new (for 1980) high-end Xerox machine – it had an LCD screen, a first in the industry. I took orders at the reception desk, would run them on the Xerox and then deliver the copies throughout the campus including some hospital sites. A few months later, I was promoted to manager as Sheik moved onto another position at the University.

How long have you held your current position?

I have been in the Department of Medicine since 1985, and have held my current position as Executive Assistant to the Chair since 1990.

I have a large portfolio of responsibilities, including bringing on new faculty members, looking after a department database for faculty and payroll entry for the department’s hundreds of faculty and staff. I also provide primary administrative support for several programs and committees, such as the Junior Faculty Review Committee, Department Appointments Committee, Master Teacher Program, and the Clinician-Scientist and Clinician-Educator Training Programs, and I am also a general resource for academic policy enquiries.

Tell us a bit about your career trajectory, i.e., how did you get from your first job at U of T to being an executive assistant? 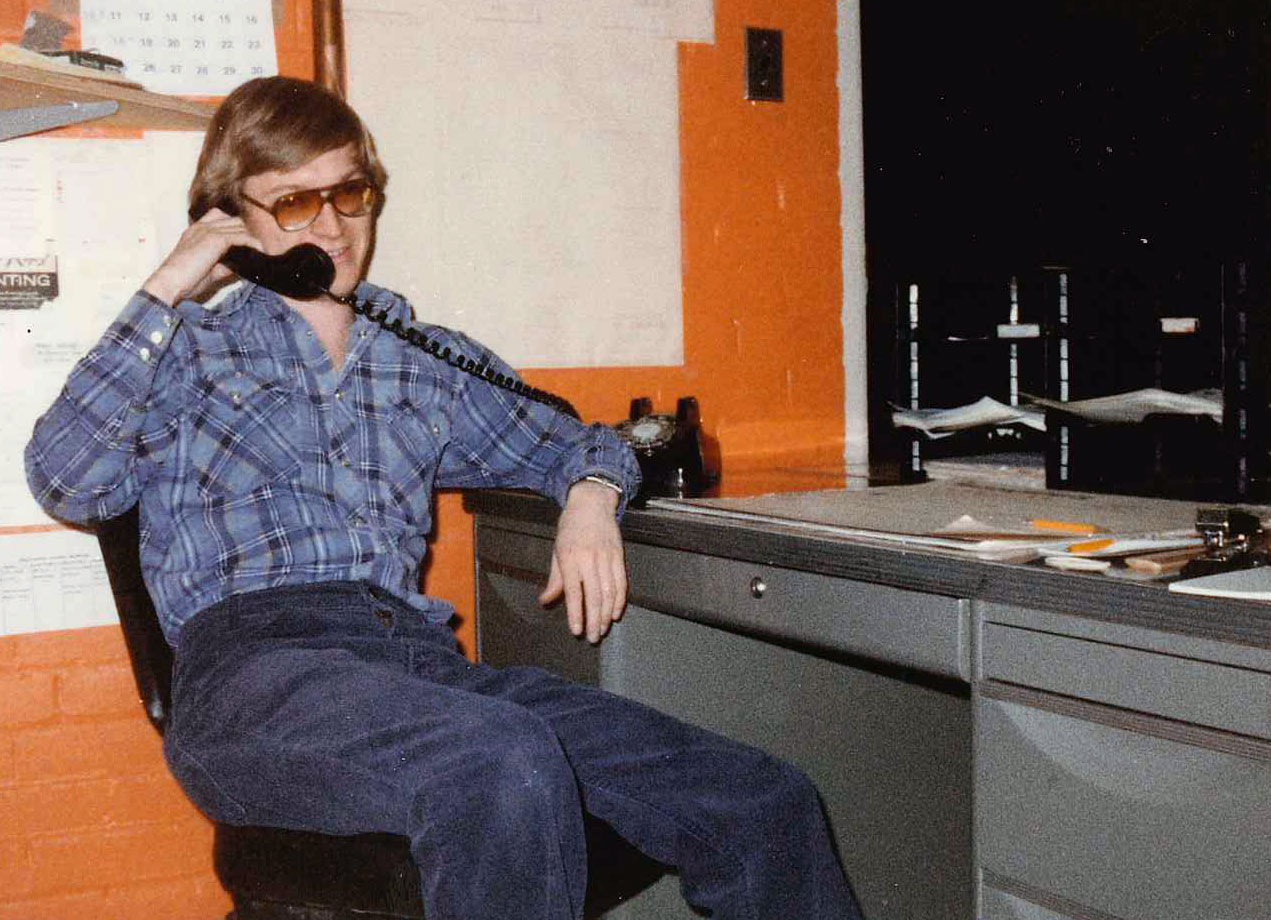 During the 1980s I took several work and general interest courses through Woodworth College and the School of Continuing Studies, before being hired in 1985 as an assistant to Isobel McKone, and then Maureen Todd, both former business officers in the Department of Medicine. I did that until I took my current role of Executive Assistant to the Chair in 1990.

The University has a fine selection of training courses and I took those that were particularly appropriate for my position, including all the HRIS training courses. Data entry on HRIS has always played a large part in my roles at U of T so it was clear early on that the expertise offered through training would be a benefit to my career.

What is about U of T that makes it a place where people want to come build careers?

I don’t know if U of T is inherently a better place to work than other workplaces. I think if you like your job and have great colleagues to work with, any workplace will be enjoyable. However, U of T does have the advantage of tuition waivers, which allow employees to study towards a degree or certificate while working.

The defined pension plan, competitive benefits and the December holiday break also make U of T an attractive workplace.

What are your plans for retirement?

I am open to any and all possibilities, and will take some time to contemplate a new life focus, this time using more of my right brain hemisphere. Later on, I plan on relocating to the Niagara region for a less hectic lifestyle.

Remembering the great people I have worked with will be my finest memories. So many of my USWA colleagues and many faculty have become great friends and will continue to be long after my leaving U of T.

Of course, the staff and faculty at the Department of Medicine will always be most dear to me. I have worked for six Chairs, all incredibly talented visionaries with different work styles and equally unique senses of humour.

I have also seen a lot of changes during my tenure at U of T. I remember beginnings and endings. Meeting people for the first time, following them through their careers and finally departing for other pastures or retiring, these are the times I will remember the most.

In addition to witnessing people who come and go, being at the cutting edge of technological change has also been exciting. Going from dial phones to push-button, answering machines to voice mail, snail mail to e-mail, DOS to Windows 7, desktop to laptop, overhead projectors to iPad presentations – just to name a few.

It’s also interesting to recall events at U of T that mirrored what was happening in society during a particular period. For example, I recall smoking was quite common all over campus until it was prohibited around 1983.

Also, the tearing down of the Berlin Wall, the Bob Rae years, USWA union drive, 9/11, Varsity sport wins and Olympic contributions, and the just completed FIFA Word Cup. All of these events brought out large campus crowds for sympathy or victorious celebration.

What did you say to colleagues during your last days at U of T?

I told my colleagues that although I am leaving them, they will never leave me, they will forever be in my heart.