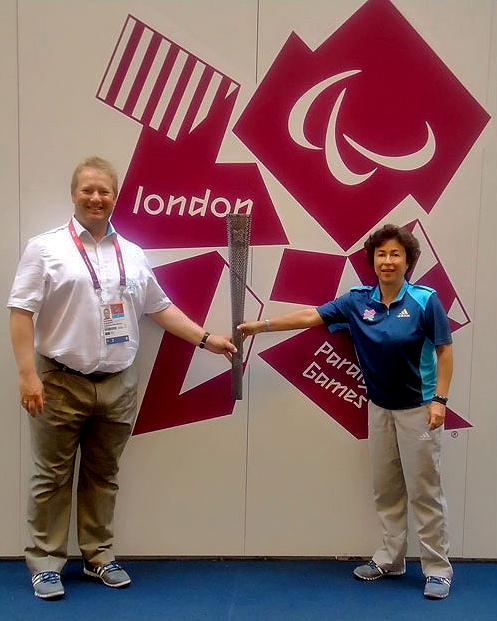 Alison has worked with the University of Toronto (U of T) for 25 years.

I am an internationally certified tennis official. I have a bronze certification, which I received last year in Miami when I attended a bronze badge school with other officials from all over the world.

All the questions are based on tennis rules interpretation for the Association of Tennis Professionals (ATP), Women’s Tennis Association (WTA), and the International Tennis Federation (ITF).

How did you first become interested in officiating tennis?

I use to be a photographer at the du Maurier Cup (now the Rogers Cup). I got tired of carrying heavy equipment around on hot summers but I wanted to stay with tennis because I really enjoy the game. I looked on the court and saw the officials working and thought, “That looks like fun.” I called the recruiting officer, Erica Gilbert, and attended a course: An Introduction to Officiating, and the rest is history.

When I first started officiating I worked as a line official and then gradually began chair officiating. In 2005, I achieved my first level of certification — a white badge — in El Salvador, and in 2011 I received the Level 3 ITF Bronze Badge.

What is one of the more notable events you’ve officiated?

Tennis has taken me all over Canada, the United States, the Bahamas and recently the Paralympics in London. But it was my experience in London that was truly unbelievable.

When I first received my acceptance in December of last year, it seemed so long ago. Now that it is over, I have memories of exceptional athletes that have overcome disabilities and achieved incredible feats.

Watching the tennis players hit the ball while controlling a chair was inspirational. At times I forgot about their chairs and concentrated on the tennis because they were that good.

Steve Ulrich is one of my favourites because he has the ability to stay calm no matter what situation has occurred or if an angry player is shouting at him. On the women’s side, Sandra De Jenkin, from France, was the first female to chair a men’s finals at a grand slam event.