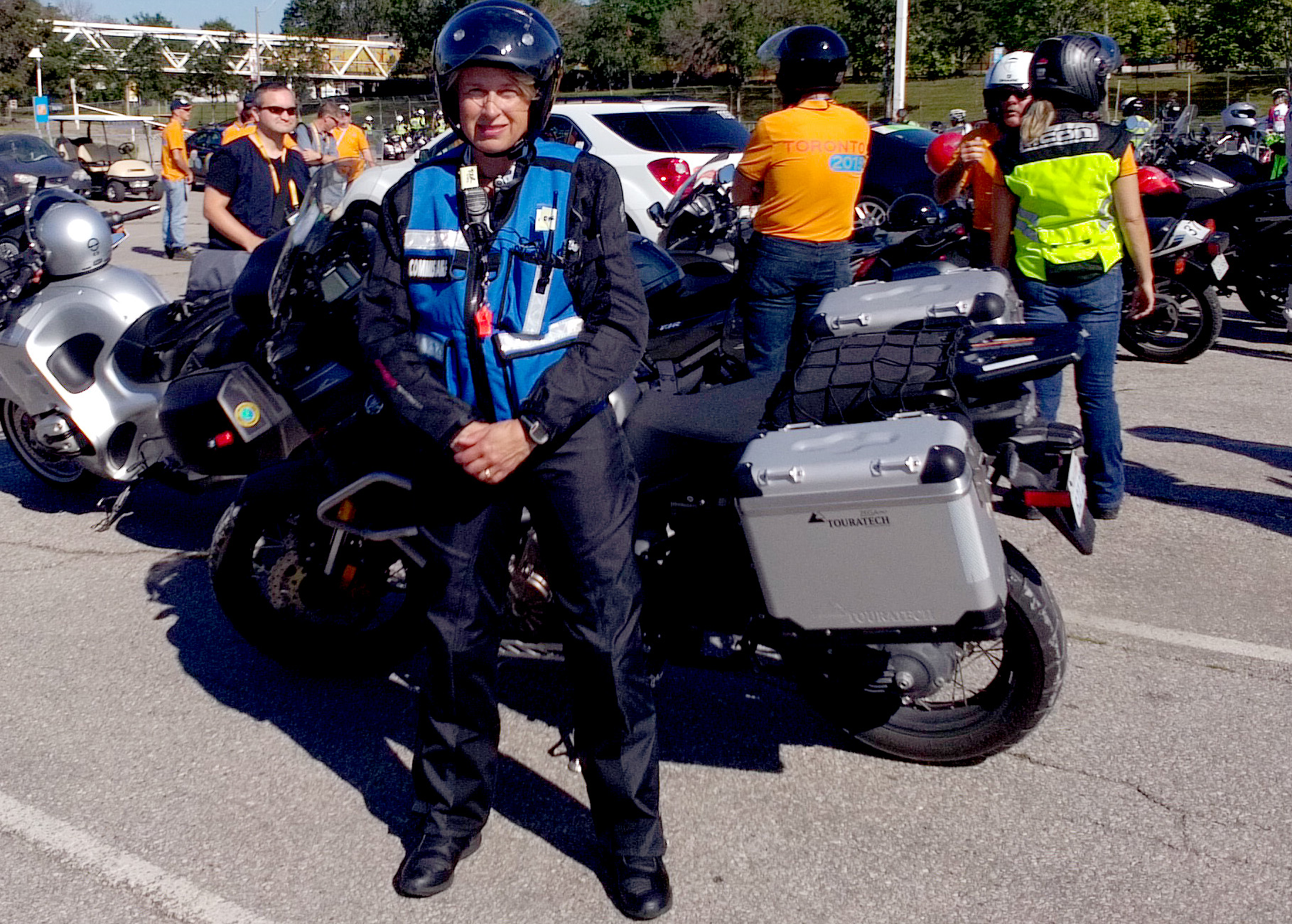 When Anne Cobban took the Ontario Cycling Association’s introductory officiating course in 2006, her instructor was an international official in her early 60s from Quebec. Part way through the course, Anne thought, “If she can do this, maybe I can too.” And she did.

Anne sees officiating as an opportunity to contribute to the sport and participate in higher level competitions than she could as an athlete. Her passion and hard work has paid off. In 2014, Cycling Canada recognized Anne as Elite National.

What inspired you to begin this challenging journey to become a cycling race official?

I competed in Triathlons until I was injured and could no longer run. As I spent more time on the bike, I realized it would be good to know more about the rules.

You work in English and French at provincial and national events. Your favourite events seem to be road and track races. Why is that?

What does it take to do this well?

A thorough understanding of the rules and to be really good at applying the rules correctly in the context in which an action takes place. As in any sport, officials often have to make a call. Good judgment, being decisive, experience, calm and confidence. A head for details and quick reflexes; for example, in hand timing, which comes down to a 100th of a second and millimeters if it is a record attempt taking place.

Under that motorcycle helmet you have an ear piece in each ear.

Yes, during the race we have two radios. One is Radio Tour. This is the channel that goes to everyone in the race including the team cars. The person speaking is located in the car with the chief official. Radio Tour gets information from other people on motorcycles who are timing the gaps between different groups of riders. Radio Tour calls team cars for service (flat, mechanical or for feeding) for riders.

The other radio is Radio commissaire. This is just for the officials to communicate with each other. Although the channel is just supposed to be for the officials, we talk very little and try to talk to each other in person if we can. We also don’t say very much on it because we assume that the teams have scanners and can hear us so it’s not really a private conversation.

You signed up to be a volunteer at the Pan Am Games using vacation time. What was it like to volunteer at the Games and to officiate as assistant finish judge and timer at the track events in Milton?

It was incredible to be involved at this level. It is great for track cycling to see outstanding and strong competitors from South American countries that we wouldn’t normally see at a track event in Canada. Three of the other officials only spoke Spanish, but it didn’t matter because we all know our jobs. We are so lucky to have the Milton Velodrome.

Where and when is your next race?

My next big race is the Canadian Marathon Mountain Bike Championships at Horseshoe Valley in September. I hope we have good weather!