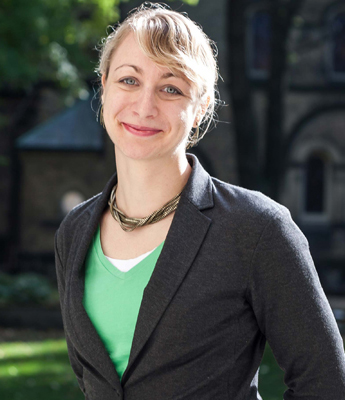 Brianna has been with the University of Toronto (U of T) for one year.

For the past two-and-a-half years I’ve been writing, co-editing, producing and promoting a labour of love called EAT IT: Sex, Food & Women’s Writing.

It’s a collection of often hilarious, sometimes heartbreaking, always hungry writing from 31 women authors exploring how their relationships to food are complicated by romantic relationships, work, and their identities as parents and lovers and people out there in the world.

This past October we and our publisher, Feathertale, launched EAT IT‘s publication with a great show featuring comedy and drama from the book. It was so crazy to see the stories we’d spent two years working with actually come to life before our eyes and an audience. 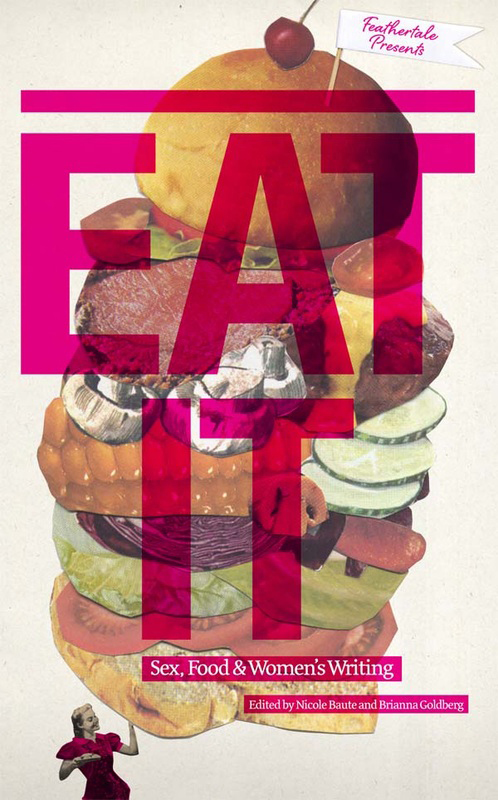 How and when did you first become interested in writing?

My undergraduate thesis adviser here at U of T, Professor Carol Percy, told me that some of her happiest former students had pursued a career in what they’d done in their spare time at university.

I’d been working at The Varsity just for fun, not because I felt compelled to be the next Barbara Walters or anything, but on her advice I sent in an application for a journalism master’s program.

When I didn’t get accepted into grad school for English, I found myself at journalism school as my second choice, and yet quickly realized it had been all for the best as storytelling was what I was clearly supposed to be doing. It came naturally. So, thanks, Carol! I’ve been scribbling away since.

I’m not one of those people who feels compelled to write for art’s sake, rather it’s just the best tool I have for making sense of things I find confusing or upsetting or that need to be figured out.

The story I wrote for EAT IT, for example, is fiction about a woman who gives up her search for the perfect man and instead goes on a quest to find the perfect hamburger. But, really, I was trying to process the frustration, desperation and insecurity of trying to find something you hunger for deeply but can’t seem to get juuuust right.

Let’s be fair, though, it was also a love letter to great hamburgers in Toronto. Let’s all go to the Stockyards on St. Clair West, everyone!

What are you working on now?

EAT IT has taken all my spare time for several years, so now I’m looking forward to picking up some other projects and spinning them in a new direction.

As part of the promotions for EAT IT, I produced a podcast series that I really enjoyed making and think I will take up again since people seemed to like it.

And as for writing, I’m continuing to shape up a humour memoir I wrote about being perceived as a kept woman while I was living in the Caribbean for a year.

Virginia Woolf. Michael Chabon. And the way I write humour is very much influenced by really ridiculous comedy from my childhood, like The Muppet Show and Sesame Street.

Also, any time I see Lena Dunham’s shows or films or writing, I’m inspired to get more serious about creative work. That woman is a mover and a shaker and she is realizing her projects and dreams on mass-market platforms despite their not fitting within industry conventions. Here’s to provoking the status quo with humour and thoughtfulness!