Time to update your bookmarks.

Faculty, staff, and librarians can find information and resources related to their employment, including benefits, retirement and pensions, wellness, leaves, payroll, and more on our new knowledge base and support platform, the HR Service Centre. 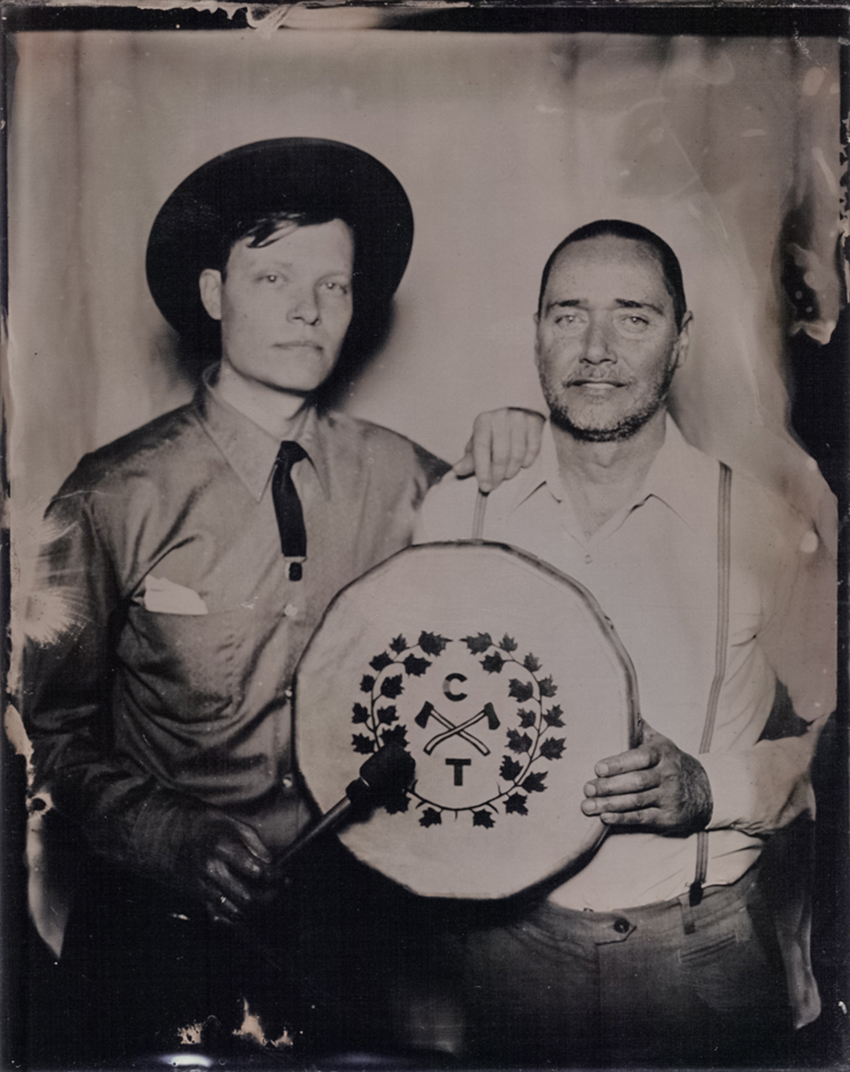 Craig has been at the University of Toronto (U of T) for three years and two months.

I, along with my partner Ben, start small businesses. At the moment we are running three businesses, each at various stages of growth.

Tell us about your projects.

The first and fully realized project is Civic Trust, our environmentally sustainable clothing and accessories line. The second project, which we’re about to expand, involves editing scientific manuscripts for non-English speaking scientists, and the third project is cider-making; although, we mostly make cider for personal consumption at the moment.

We started Civic Trust in 2004 as b-love clothing, and then rebranded the line in 2009. It started with a silk-screening kit I bought for Ben for his birthday. We began silk-screening shirts for friends and then realized that guys had less choice for cool and interesting clothing than girls.

Most of our products are sourced from sorting facilities, Goodwill, Salvation Army and St. Vincent De Paul’s, picking the best quality shirts, ties, pants, curtains, etc. We always look for cool patterns and a vintage aesthetic. All of the products are sized, sewn and screened in our basement studio and sold online via Etsy, at various art and craft shows, and music festivals. We also have two wholesale customers, Wildfang in Portland, Oregon, and The Collective Good in Whitehorse, Yukon.

In 2006, we moved to Spain (Granada, Andalucia). I worked in an environmental microbiology lab and Ben continued to produce our clothing line. Eventually, through my contacts at the lab, Ben began editing scientific manuscripts — we both have science degrees, his is in cell biology, mine is microbiology and biochemistry. When we moved back to Toronto in 2009, we kept up the clothing line and we continued editing manuscripts. Now, we receive several manuscripts a month and are in the process of expanding this business.  There are plenty of non-English speaking scientists whose articles would benefit from native-English revision and, with our scientific training, we can offer input regarding the scientific side of the articles.

Just before we moved to Spain, a friend of ours gave us a book called Wild Fermentation by Sandor Katz.

Ben and I both read the book and tried making cider in our tiny apartment in Grenada. We really liked the recipe for apple cider because it improved an already excellent drink…if you know what I mean!

When we returned to Canada in 2009, we immediately set about making cider in a more controlled way, using champagne yeast in defined amounts. Our first few batches were not too successful, but our third attempt worked very well. We used juice, which we bought from St. Lawrence Market; we now know that it must be racked when it reaches 6.5 – 7 per cent alcohol and the recipe has been reproducible over the last three years.

We considered moving into an old farm house, which Ben’s family owns in Quebec, to plant apple trees and start making cider. but alas we can’t do everything. So this dream is on indefinite hold; for now we are refining the recipe and sharing it with friends and family.

What inspires this entrepreneurial drive?

Our core inspiration comes from a desire to live more sustainably. For clothing, that means using vintage and second-hand starting materials, which use a fraction of the water, chemicals and energy; for our cider that means using fresh-pressed local Ontario apple juice. A second point of inspiration comes from a love of Canadian history. While vintage shopping, we came across an uncommonly detailed book called Heritage of Canada.

While you may think that a book published in 1978 by Reader’s Digest sounds an unlikely source of mojo and inspiration, you would be shocked at the epic nature of the stories, images and people that built this country. Taken together, these stories reveal why we live in one of the most diverse and accepting countries on the planet, which is something that provides us with a strong sense of self and a drive to continue creating.