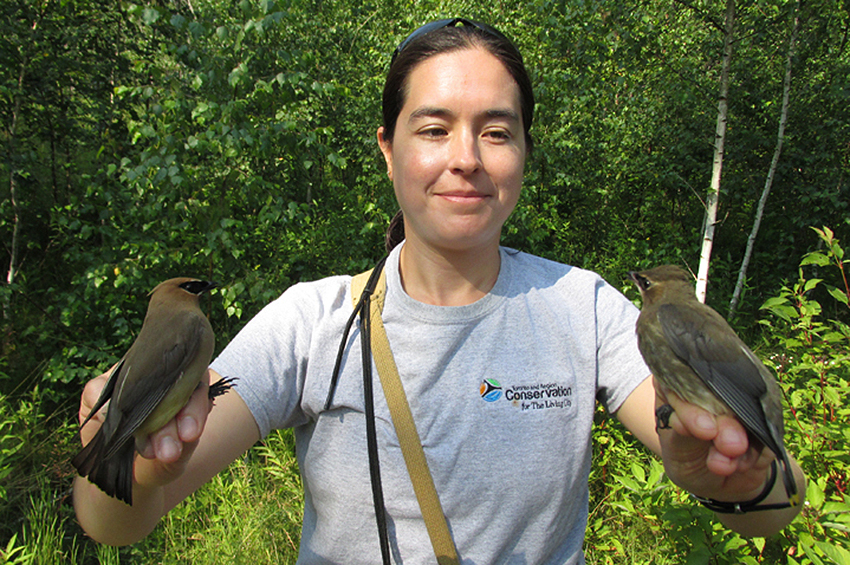 Debbie has been at the University of Toronto (U of T) since 2012.

“I will be starting in a new role as research and data analyst in the Dean’s Office at the Faculty of Arts and Science in September. Before that I trained at U of T as an MSc student and as a post-doctoral fellow.”

I am a bird bander and part of a team of volunteers at the Tommy Thompson Park Bird Research Station (TTPBRS). We catch, measure, band, and release birds as they migrate through Toronto in the spring and fall. This means I get to hold wild birds in my hands as I help to study how these birds undertake their amazing migratory journeys.

Bird banding refers to putting a small aluminum band (or ring) on a bird’s leg. In Canada, these bands are issued by the Canadian Wildlife Service (CWS). Each bird band has a unique serial number that allows individual birds to be identified. Banding is an essential tool for bird research and conservation. For example, data on bird weights and fat levels provide information about bird well-being.

Catching multiple species gives information on bird diversity (how many different species) and abundance (how many birds of the same species) at a given time. Tracking diversity and abundance over seasons gives an idea of the timing of migration for different species and tracking over multiple years gives information on whether bird populations are increasing, decreasing or holding steady.

When a banded bird is captured again, researchers gain information about approximately how old the bird is and — if the bird is caught in different locations — information on where the bird has been (its migratory route).

How and when did you first become interested bird banding? 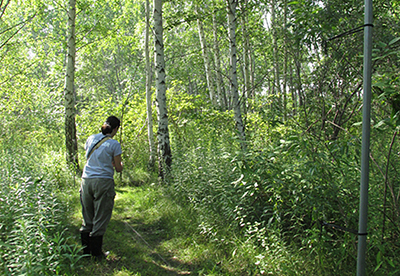 Unlike many birders, I was not interested in birds as a child or youth. When I started my undergraduate degree at York University, I could barely tell the difference between an American robin and a blue jay!

In my third year, I took a class with Bridget Stutchbury, an incredibly inspiring biology professor who studied birds. That summer I assisted with her fieldwork at the Long Point Bird Observatory in Southern Ontario and I was trained in bird identification and banding. Since then, my studies of birds have taken me all over the world: from tropical forests in Panama to mudflats in Europe, South America and Africa.

How exactly do you catch migrating birds?

There are many different methods of capturing birds. At TTPBRS we use fine mesh nets (mist nets) that are stretched between poles in an area where birds are likely to fly. Birds fly into the net and are caught in pockets that prevent them from escaping. We check the nets every 30 minutes and carefully extract any caught birds.

We take captured birds back to a banding station where we determine their species, sex and age. We then put on the bands and take measurements of wing length, weight and fat score. After that we release the birds.

All volunteers go through an intensive training program and only authorized people are allowed to operate mist nets and handle captured birds. Mist netting is a very safe method for capturing wild birds.

What inspires you to get up before dawn on Saturday mornings? 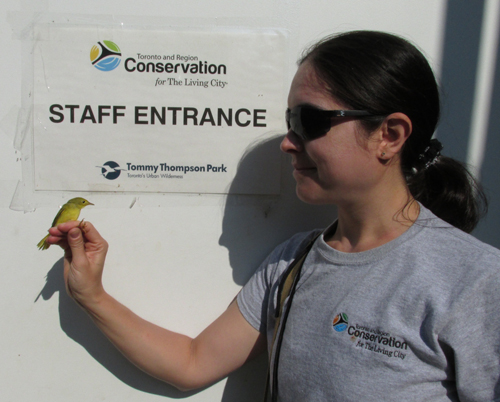 The birds and their amazing journeys inspire me.

Take the tiny yellow warbler. This bird weighs just a bit more than a toonie (nine to 11 grams) but can travel from as far south as northern Ecuador to as far north as the tree line in Canada.

Yellow warblers make these remarkable journeys — on their own power — every year. There is something miraculous about holding a tiny world traveler in one’s hand.

It is also inspiring to see other people’s reactions when they first see birds up close. Part of TTPBRS mandate is education, and people from all over Toronto and the world come to see the bird banding.

What is the purpose of banding birds in urban settings?

Banding birds in cities and other urban environments is important because cities are becoming increasingly important for conservation.

The majority of humans now live in cities causing urban areas to grow quickly, both in number and in size. Urban areas tend to co-occur with areas that are rich in biodiversity. In other words, humans and other living things require the same resources and tend to settle in the same places.

For this reason, Neotropical migratory birds (birds that spend the summer breeding in North America but migrate to Central or South America in the winter) pass through the most densely populated regions of North America. City parks and other urban spaces are often the only stopover habitat available, and even small fragments and green spaces in very urbanized areas make a huge difference! We need to understand how birds use green areas in our cities and how we can make improvements that benefit us all.