Dr. Joe Foster has been a part-time clinical demonstrator in the Faculty of Dentistry for the past 27 years.

“I’ll supervise a group of around 15 to 20 [upper year] dental students who are working on real people (rather than the plastic teeth they practice on). If they’re doing something complicated like fillings, I’ll guide them through the whole procedure from start to finish, and if they run into trouble I’ll help them out.” 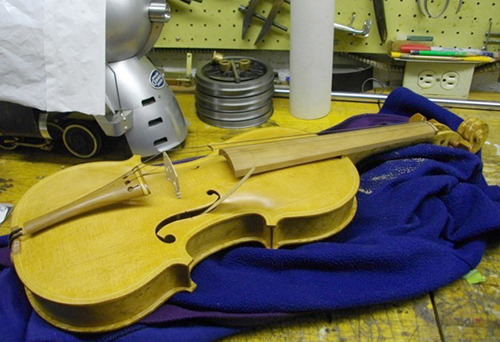 I guess you could say I’m a woodworker and a metalworker. I like to have something on the workbench to work at. It’s my relaxation in the evenings and weekends.

I made a Lotus Seven in 2002. I made a violin a couple of years ago, and there’s a cedar strip canoe I made that I use at the cottage. I made about half the furniture in my house and my wedding ring.

It took about three-and-a-half years — in my spare time, of course — to make my airplane. I first flew the plane I built in 1989. But I’d have to say the favourite thing I made was a working model jet engine in 1995. It’s about the size of a thermos bottle.

My wife is thrilled. When things break down around the house, I can fix them.

How did you first become interested in wood and metalworking?

When I was going to university I had a summer job as a carpenter. We did a lot of office renovations. I learned all about ceilings, walls, doors. Then I got married and started making my own furniture.

I like making little things with my hands. I made model airplanes, trains. Then I graduated from model airplanes to getting my license to fly a real airplane. I took flying lessons at the Toronto Island Airport and rented airplanes. Somewhere in there I thought it might be nice to make my own airplane. Other people have done it. 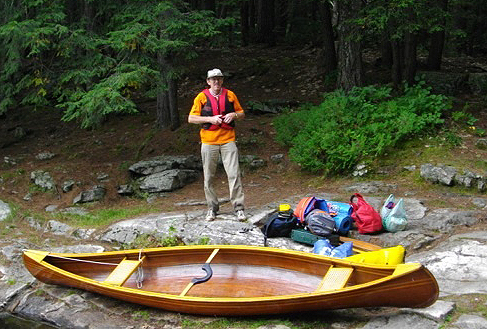 Are you able to use the objects you build?

Sure. I still fly my plane 25 years later. I keep it at the Brampton airport. I fly it at least once a week, but not far — it’s more like owning a motorcycle. A group of us will fly somewhere for lunch, for example.

I still drive the Lotus Seven for fun, even though it doesn’t have a roof. As for the violin: I can’t play. I built it as a woodworking project. The neighbour up the street played it, though, and it sounded great.

I see other people who have things or make things and I think, “I’d like to have one of those.” So I make them.

Submitted by Erin Vollick, communications officer at the Faculty of Dentistry