Paul has worked at the University of Toronto (U of T) since November 2014, was a former casual staff member and grad student.

In the summertime my girlfriend and I hold Blue Jays season tickets, so going to games and enjoying the sunshine takes up most of our spare time. In the winter, I’ll spend time catching up on movies, reading, or taking a MOOC (Massive Online Open Course). I also moonlight as our household’s Director of Domestic Operations, reporting to our cat, Jose Meowtista.

We adopted Jose in the fall of 2014, but I came up with his name a year or so before that. Cats and the Internet go together like peanut butter and jelly, so it was just understood that he would have a social media presence, especially with a name like that.

How do you engage people with Jose Meowtista online?

His pictures gather the most attention from people. A cat tweeting a picture of himself with a little glove and bat, getting ready for spring training sends people over the moon. People will comment and he’s usually pretty quick to respond, so people appreciate the attention. We do follow the team quite closely and I think that he’s a good medium for Blue Jays news for some people.

What inspires your funny tweets?

I think most of us are guilty of anthropomorphizing our pets to some extent and social media makes that easier than ever before. We’re also part of a passionate, emotional Blue Jays fan base and I think that serves as inspiration. A season has so many ups and downs that I think we’re inspired to create an outlet for fans that keeps the game fun at times where it may not seem like it. 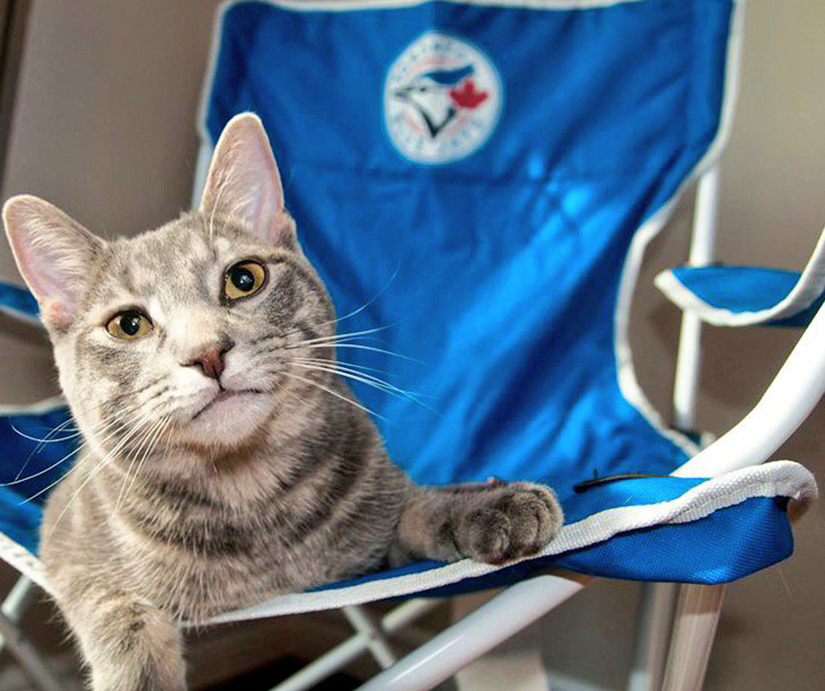