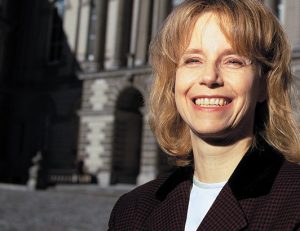 Judith has been with the University of Toronto (U of T) since 2001.

Since 2001, Judith has worked at U of T as executive director of the Community Legal Clinic & Clinical Education Program and as acting assistant dean for professional legal education programs.

I write literary fiction. My first short story was nominated for the Journey Prize, and the next three were selected for the Coming Attractions anthology. 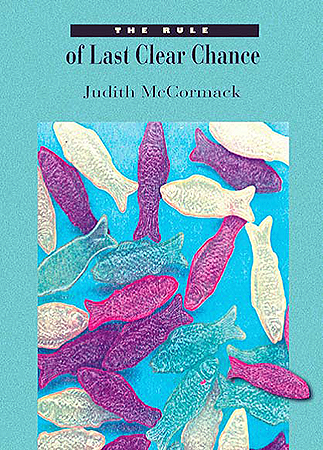 My collection of stories, The Rule of Last Clear Chance, was nominated for the Commonwealth Writers Prize and the Rogers Writers’ Trust Fiction Award and was named one of the best books of the year by the Globe and Mail.

My work has been published in the Harvard Review, Descant and The Fiddlehead, and one of my stories has been turned into a short film by my twin sister, Naomi McCormack, an award-winning filmmaker.

My most recent short story in the Harvard Review was recorded as a spoken-word version by The Drum, and has been anthologized in 14: Best Canadian Short Stories.

Backspring, my first novel, has just been published by Biblioasis.

How did you first become interested in writing literary fiction?

I think the urge to write has always been lurking in the background of my life (I held a number of positions as a lawyer before coming to U of T). Maybe this quote from Juvenal says it best: “An incurable itch for scribbling takes possession of many and grows inveterate in their insane hearts.” So I have the incurable itch for scribbling (and possibly the insane heart as well).

Where have you shared your work in the past?

I’ve done readings at a number of literary festivals and my work has been widely reviewed at the Leacock Summer Festival, the Sixteenth Annual Eden Mills Writers’ Festival in 2004, Writers Talking at Harbourfront in 2004 and at the Windsor Festival of the Book in 2003.

I’m influenced by particular qualities of writing, rather than the general work of specific authors. For example, some of the things that speak to me as a writer are the rhythms of Gabriel García Márquez, the richness of Toni Morrison’s Jazz, the layers of Ian McEwan’s Atonement, the acrobatics of Kate Atkinson’s Human Croquet, the nuance of Stendhal’s The Red and the Black, the fluency of J.M. Coatzee’s Disgrace, and the incantatory quality of Annabelle Lyon’s Oxygen.

And then there’s the various contingencies of life — sometimes a newspaper story will catch my eye or I’ll hear an anecdote, or even notice a phrase — and I’ll think, “That has to be a short story” or “That has to be the title of a book.”

Submitted by Lucianna Ciccocioppo, director of external relations at the Faculty of Law and executive editor of Nexus.