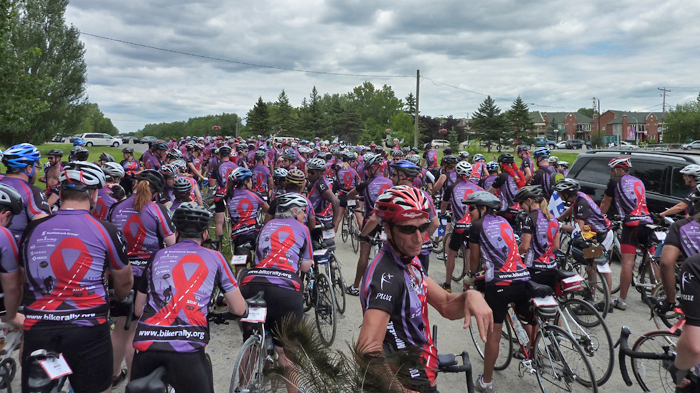 Louis has been with the University of Toronto (U of T) for 34 years. 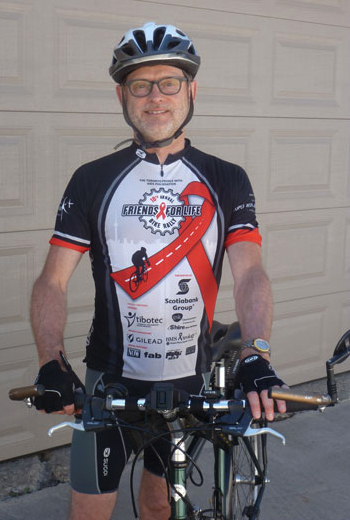 My current off the clock activity is training for the Friends for Life Bike Rally.

What is the Friends for Life Bike Rally?

The Friends for Life Bike Rally is a 600 kilometre charity bike ride from Toronto to Montreal, now marking its 15th anniversary.

This year, roughly 350 riders and 110 volunteer crew of all ages, backgrounds and levels of experience will participate in the Rally to raise money for the Toronto People With AIDS Foundation.

In 2012, the Rally raised more than $1.27 million to fund ongoing programs and services for men, women and children living with HIV / AIDS.

Is this the first time you’ve participated in the Rally? What does it take to train for a ride like this?

Training rides have been designed by expert cyclists involved with the Rally over several years. Training begins in early April with a ride of about 30 kilometres, and the distances increase incrementally.

How long does it take to ride to Montreal and where do you stay enroute?

It takes six days to ride the 600 kilometres. We will depart from Queen’s Park on July 28 at 9 a.m. and we arrive in Montreal in late afternoon the following Friday. Riders are accompanied by a tremendously dedicated support crew of volunteers who prepare meals, transport our camping equipment, and mark and patrol our route to ensure road safety.

We’re also truly fortunate to have a number of health professionals who volunteer their time to support riders’ wellness; they include nurses, physical and massage therapists and chiropractors. As you can imagine, they are popular people!

Rally participants will be camping for all but one night. Our first night is in a picturesque field — generously provided by the Haskill family — just outside of Port Hope on the shore of Lake Ontario.

You can imagine, though, that the prospect of pitching a tent at the end of a strenuous day is not terribly appealing: for me, ‘roughing it’ usually means a sidewalk café without a liquor license!

Having completed the ride three times, I have confirmed my unwavering views on camping: sleeping in a tent has zero appeal, Porta Pottys have even less, and the rare campground showers bring back too many memories of my undergraduate microbiology studies!

But, I love the cycling and have really made some ‘friends for life.’

What inspires you to ride?

First, it’s in support of a worthy cause and the funds raised enable the delivery of services that can have a major impact on individuals’ lives.

As well, everyone who comes out for the event is a source of inspiration: each rider and tireless crew member has a story to tell and a unique reason to participate, and many have been involved for all or many of the Rally’s 15-year history.

Each day, there are also people who greet the riders, cheering us on and holding signs and placards of support along the route. This is not an inspiration to ride but it is a benefit.

With the training and the Rally itself, one can justify several weeks of undisciplined ingestion of calorie-rich treats.