Marden Paul has been with the University of Toronto (U of T) since October 1997. 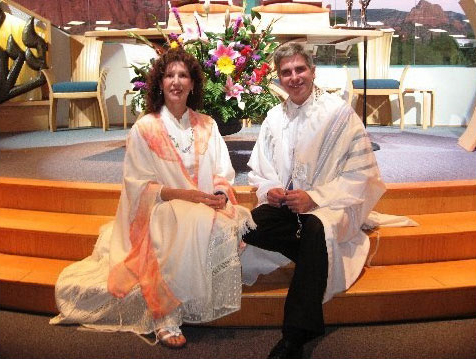 I’m the High Holy Day cantor for the Jewish Community of Sedona and the Verde Valley (JCSVV) in Arizona.

How did you first become involved in the Jewish Commmunity of Sedona and the Verde Valley in Arizona?

I’ve been a singer ever since I was a small child. I started in the synagogue choir when I was nine and was a member of a relatively successful boys choir (two albums, dozens of concerts in cities around the world) for about four years.

The cantor at my synagogue encouraged me to learn the cantillations for liturgical services, which I did. Since about 18, I have been leading Rosh Hashana and Yom Kippur services at many synagogues. I take great pleasure in opening the liturgy to participation and making services accessible to people who might otherwise feel intimidated (by the language or length), primarily by introducing more music, enunciation and explanation where possible. 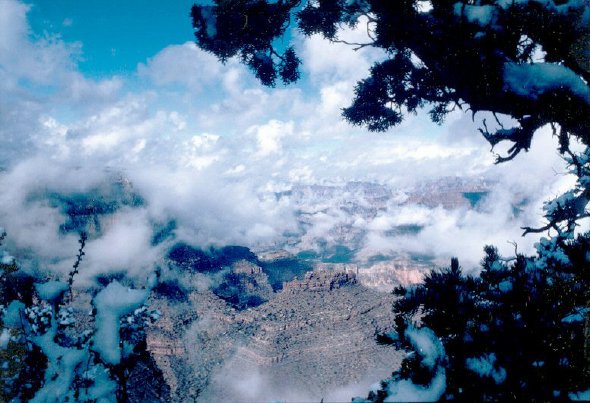 My parents always attended my services, often sitting in the front row. When my mother passed away in 2003, I felt that it would be difficult to continue conducting services in familiar places.

As I am also a “canyonographer,” I’ve spent considerable time travelling through the southwest USA, particularly in New Mexico, Arizona, Colorado and Utah. I thought it might be a good idea to see if I could apply my services to an area probably lacking in cantorial resources.

I sent an email to a few synagogues in the southwest and to my surprise and delight received a response from the Jewish Community of Sedona and the Verde Valley. Since 2003, I have been travelling with my family to Sedona to help conduct the services, and since 2008, I have been conducting services with a wonderful rabbi named Alicia Magal (pictured with me above).

It would be reasonable to expect that my inspiration comes from the great cantors of the world: Moshe Koussevitzky, Jan Peerce, Richard Tucker (the latter two were stars of the Metropolitan Opera)…I’m not that good but they are still inspiring. Oddly, I’m also inspired by the martial artist Bruce Lee and his quest to create a simplified version of kung fu that removed the seemingly superfluous motions from the art (at least according to the movie Dragon).

I’m inspired by members of the JCSVV who have found each other in a remote place in Arizona and formed an inclusive, warm and caring congregation. They have welcomed my father and I for many years and we feel a part of their community too. My next goal is to take my entire family down to Sedona so we can celebrate the Holy Days together in a most beautiful location.