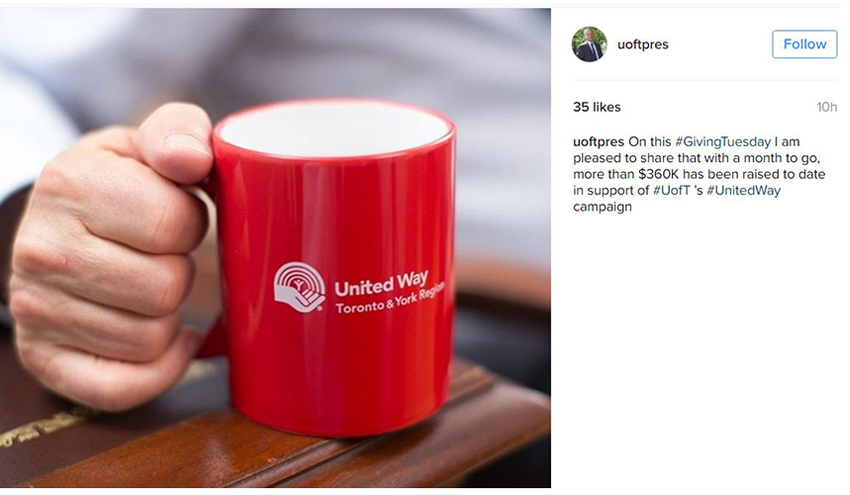 With less than a month to go in the University of Toronto’s (U of T) United Way Campaign, it is important to take a moment to celebrate all of the great contributions our community has made so far.

Our communities have come together to participate in a diverse range of events – from plant sales to community partnerships. Here are some examples from the last two weeks alone.

As always, the Annual Swap Shop Sale for the United Way has been jam packed full of activity. Known as the place of great finds, members of the U of T community have been acquiring great deals on office furniture, clothing, books, and workout items as their sales continue to contribute to the community services supported by the United Way. 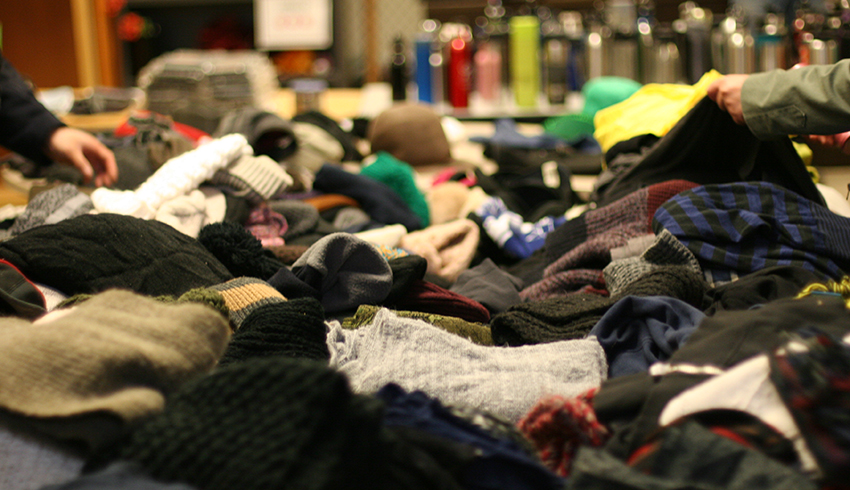 HR & Equity (HRE) participated in GivingTuesday on November 29, and collaborated with the Barbara Schlifer Commemorative Clinic to support women residing in Toronto shelters. 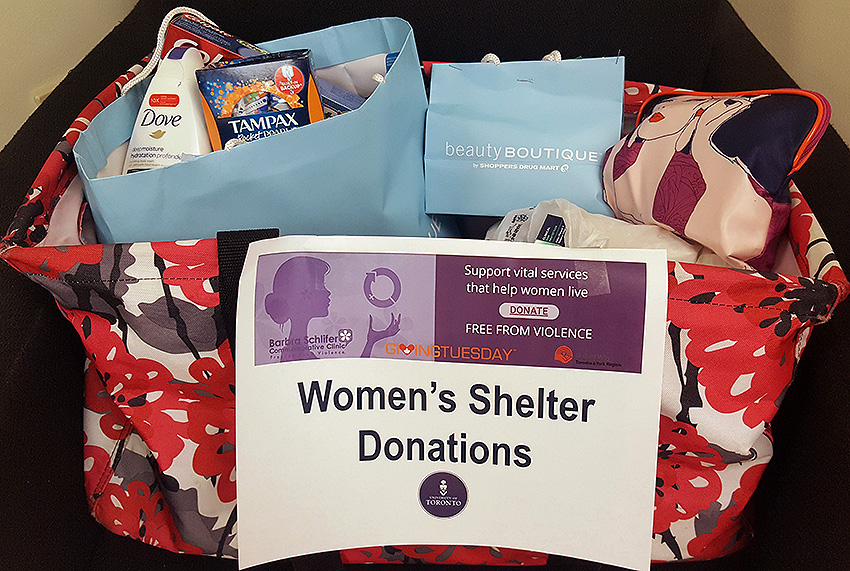 Shopping for a cause:

$1 pizza and $1 pop was sold during lunch to support the United Way. Crowds gathered early at 215 Huron St., as colleagues shared jokes while eagerly awaiting delivery. 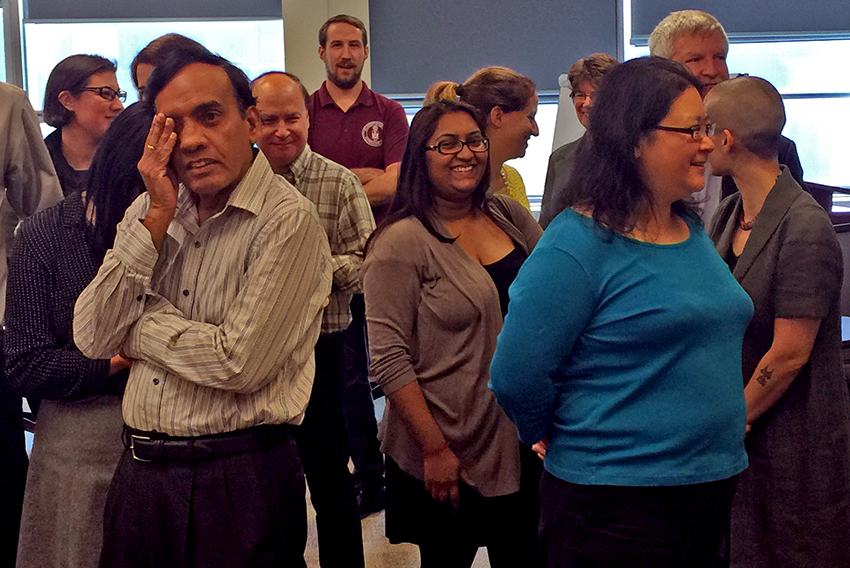 While staff enjoyed a pizza lunch, in the next room Thirty-One was also onsite with a colourful display of bags, with 25% of all sales being donated the Campaign. 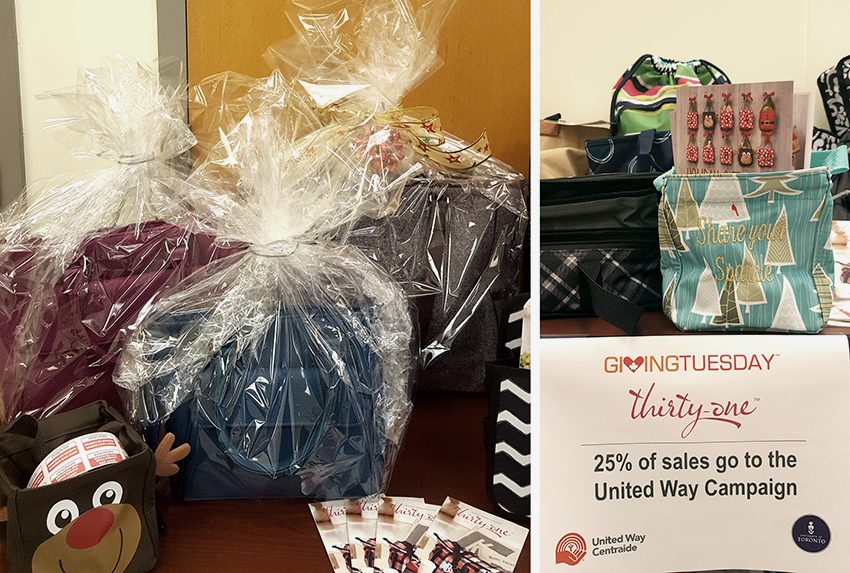 From noon to 2 p.m., the Office of the Registrar at the University of Toronto Mississauga (UTM) hosted Photos with Santa (Ulli) Krull in the Davis Building Meeting Place. Approximately 50 photos were taken (not to mention the countless selfies) with over 130 participants! 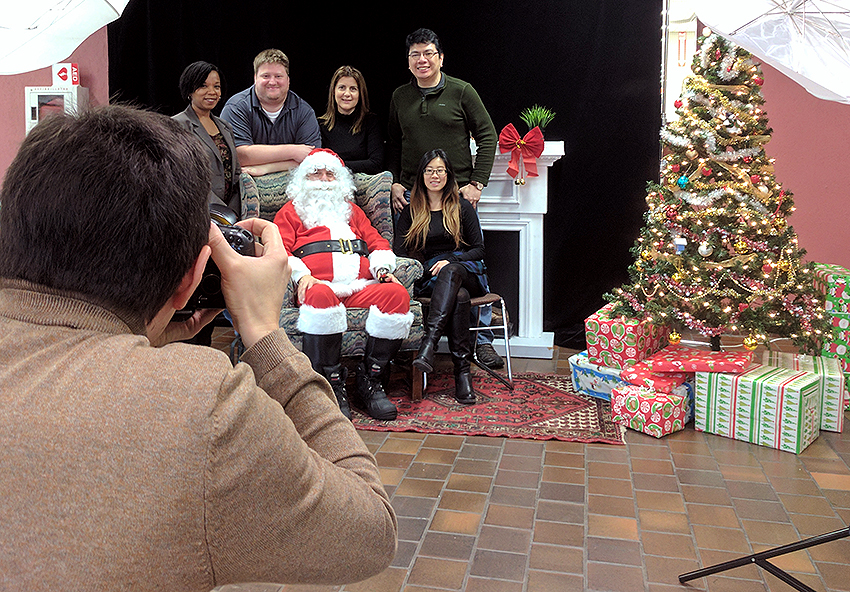 Students and staff alike were eager to have their photos taken with our in-house Santa Krull. The event raised $386 for United Way Peel Region. The Office is immensely grateful to Vice-President and Principal Ulli Krull for being a fabulous Santa!

This year the U of T Carpenters and their Union Local wanted to give back and contributed $750 towards the cause.

“The carpenters who are helping to build and maintain this postsecondary institution also see themselves as partners in building a better Toronto,” notes Joseph Iannuzzi, business representative with the Carpenters’ Union Local 27. “We are proud and excited to participate this year.” 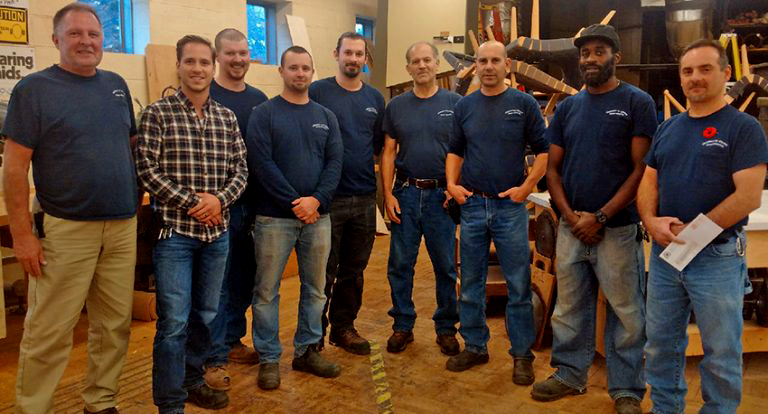 At the University of Toronto Mississauga (UTM), a bowl-a-thon and plant sale were just some of the other United Way activities taking place on their campus. 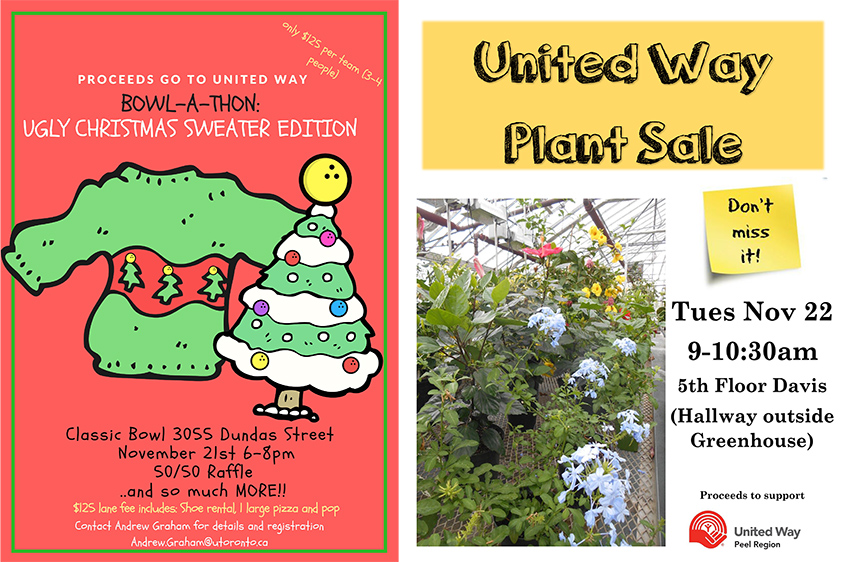 Inspired by the U of T’s United Way Campaign and the spirit of the holidays, the HR & Equity team came together for it’s inaugural Day of Community in support of Ronald McDonald House (RMH). For its first charitable initiative, the team decorated and stuffed 150 breakfast care bags for families at Toronto’s Ronald McDonald House.